Janney Simpson began weaving in the early 1980’s. She teaches weaving at Wesleyan Potters in Middletown, CT and at The Barn in Gaylord, MI and relishes the "ah-ha" moment when new weavers throw a shuttle for the first time. Janney is a past President, Apprentice, and Weaver of Distinction of the Handweavers’ Guild of CT. Also a member of Complex Weavers and Japanese Textile Study Group, she enjoys sharing her interest in Sakiori weaving using vintage silk kimono. She has presented many workshops and lectures on Finishing and Embellishing Handwovens, Knitted Beaded Bags, Sakiori, Deflected Double Weave, and Weaving with Fibers of Micronesia. Privileged to be a student for four years in Laurie Autio’s class, Explorations in Advanced Weaving, Janney strives to create one-of-a-kind pieces using a variety of fibers and weave structures on many types of looms. 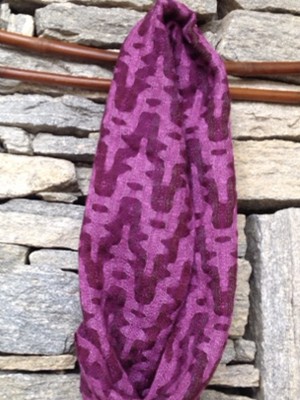 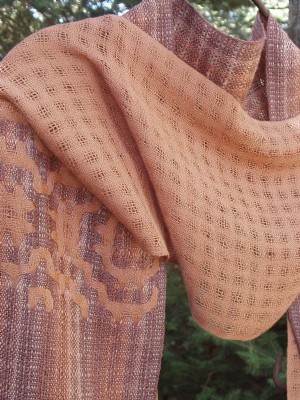 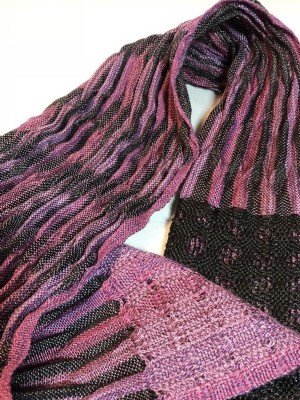 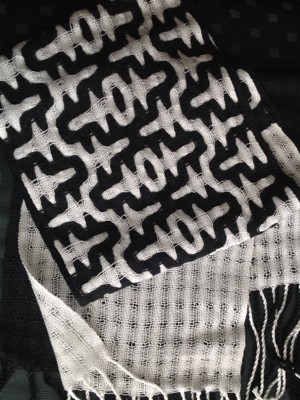