Houses have always fascinated me. When I was ten I created houses in my younger sister’s sandbox. My mother’s avocation was a builder and her “buildathons” on our family home taught me about structure and design in a house. When I purchased my own home, an 1898 fourteen room Victorian, in 1979 I created my first clay model of that house. I have done many commissioned houses since.

Presently I am working on clay models of historically significant buildings in downtown Hartford, CT including the Memorial Arch, the Colt Building, the Traveler's Tower and a chess set that incorporates several major historic downtown structures.

I have been working as a clay handbuilder since 1969 when I earned my B.A. in studio art from Valparaiso University, Indiana. In 1974 I earned an M.A. from Hartford Art School, West Hartford and I have been a member of Wesleyan Potters, Middletown, CT since 1985. I have worked as an art teacher as well as a self-employed clay artist wholesaling to galleries throughout the U.S. and internationally. 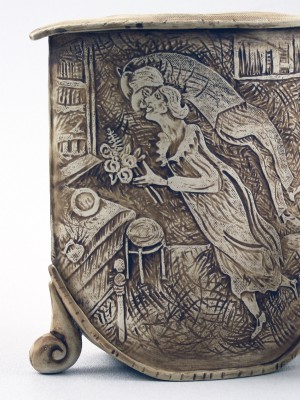 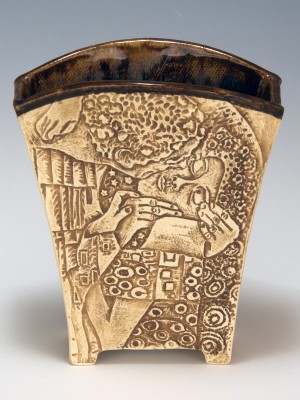 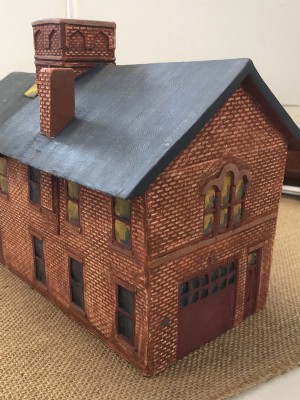